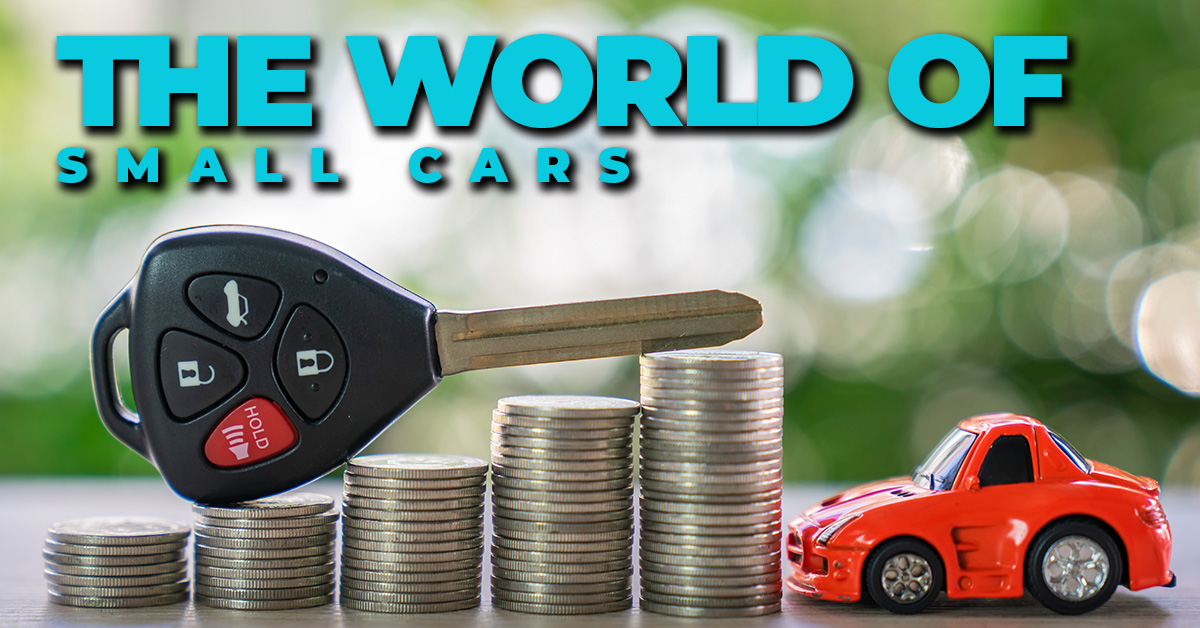 There are advantages to driving a smaller car. Small cars generally get better gas mileage, they at times can be less expensive to repair and maintain, and if you live where streets are narrow and parking is tight, they can be a godsend.

Most of us think of small cars as compact and subcompact. But there’s another layer. Welcome to the world of mini and micro-mini cars.

Perhaps the smallest car seen regularly on the highway is the Mini Cooper. It may not be as small as you think. The Mini Cooper has a base engine that can generate 134 horsepower and can zip from zero to 60 mph in about 7.5 seconds. The Mini Cooper weighs in at only about 2,700 lbs. But it has a pretty hefty price tag, with well-equipped models reaching into the mid $30k range.

This Italian-designed microcar was licensed to be built in over a half-dozen countries, including the US. Because of its overall egg-shape, it was known as a bubble car. Its initial run of production lasted from the mid fifties to the early sixties, setting a record for achieving 94 mpg. It was the most popular single-cylinder car ever made, selling over 161,000 units. Rumors continue to persist about the bubble car’s return as an EV.

The Guinness Book of World Records holder for the world’s smallest car is the diminutive Peel P50. It is just four and a half feet long and three feet, five inches wide. Peel manufactured the three-wheel micromini car in the mid-sixties and began producing them again in 2010. Today, they produce an electric version. The original edition had an engine that produced just 4.2 horsepower.

You may not appreciate a small car, but everyone appreciates smaller car insurance payments. Our independent auto insurance may be able to help. After a few questions and a little bit of comparison shopping using our network of companies, we can offer you options. When was the last time you compared car insurance rates? If it has been over a year, it may be too long. Contact us today!